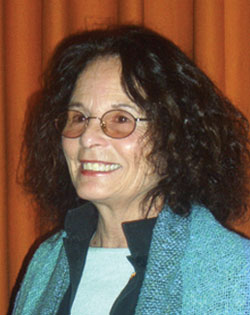 Marce Verzaro-O'Brien has a Ph.D. in Early Childhood Education, and currently serves as Director of Training and Technical Assistance Services at Western Kentucky University. She has been an early childhood educator and leader for over 40 years, and has worked with Head Start and Early Head Start programs in all 50 states, Puerto Rico, the Virgin Islands, the current and former Trust Territories in Micronesia, and American Samoa. Dr. Verzaro-O'Brien also has served as the State Coordinator for the NYS Migrant Child Care Program, and has been on the faculties of Syracuse University, the University of Tennessee-Knoxville, and the SUNY Colleges of Geneseo and Buffalo. For many years, she was the Administrator of the CAO of Erie County Head Start/Early Head Start Program in Buffalo, New York.

Dr. Verzaro-O'Brien's other experiences include serving as the on-air host and Curriculum Coordinator for a national distance learning demonstration project broadcast live via satellite from South Carolina ETV's Early Childhood Professional Development Network (ECPDN). She has served on the Boards of the National Association for the Education of Young Children and the National Head Start Association, participated in the Texas Tech Master Executive Training School (METS) and was in the first class of the UCLA Johnson & Johnson Head Start Fellows Program.

Dr. Verzaro-O’Brien served as the Associate Project Director for the OHS National Center on Program Management and Fiscal Operations during 2011.  She also provided leadership to the Florida Office of Early Learning’s Quality Initiative, a project for the provision of training and technical assistance to Florida’s school readiness, Voluntary Pre-Kindergarten and other special initiatives, including the revision of the state’s Birth to Age Five Early Learning and Development Guidelines. Marce’s areas of expertise include early childhood education and management, risk assessment, school readiness, child and family outcomes and strategic planning.

Some of the links on this page may require additional software to view.