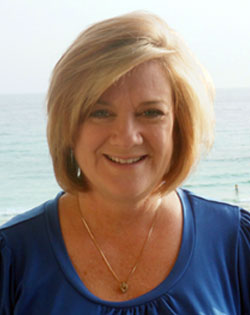 Dr. Amy S. Hood is the Infant/Toddler & Early Childhood Specialist for Training and Technical Assistance Services at Western Kentucky University. Amy has worked with Head Start and child care since she began her career in 1988. She has an extensive educational background in early childhood development, with a Bachelor of Science in Child Development from Murray State University, a Master's degree in Early Childhood from Western Kentucky University, and her doctorate in Child and Youth Studies from NOVA Southeastern University.

Leaving her position as Education/Early Head Start Coordinator with the program, Amy became the Infant/Toddler Specialist at T/TAS in 1998 and provided training and technical assistance to many Early Head Start programs and their child care partners in the eight states of Region IV. In July 2003, Amy expanded her duties to include serving as the Professional Development Specialist for the WKU Child Care Resource and Referral where she monitored early childhood scholarship opportunities in a ten-county area, and currently supervises the training events sponsored by the CCR&R. Amy also provides training sessions on the national level for Early Head Start and for national conferences such as NAEYC and NHSA. She has written articles in several child care publications as well as local newspapers.

Amy holds a Level 5 Kentucky Trainer Credential, is certified in all four of the Program for Infant and Toddler Caregiver (PITC) Training Modules, is one of the five Master Trainers in the state of Kentucky, is certified by the National Program for Playground Safety (NPPS) as an Early Childhood Outdoor Play Inspector. During her work in the early childhood field, she has also served as a validator for the National Association for the Education for Young Children (NAEYC). She also serves as an adjunct faculty member at WKU teaching early childhood education courses and classes, required for the Associate Degree in Interdisciplinary Early Childhood Education (IECE), the Bachelors Degree in Child Studies, as well as the Kentucky Director's Credential. In March 2009, Amy was invited to join Governor Breshear’s Early Childhood Task Force.

Some of the links on this page may require additional software to view.